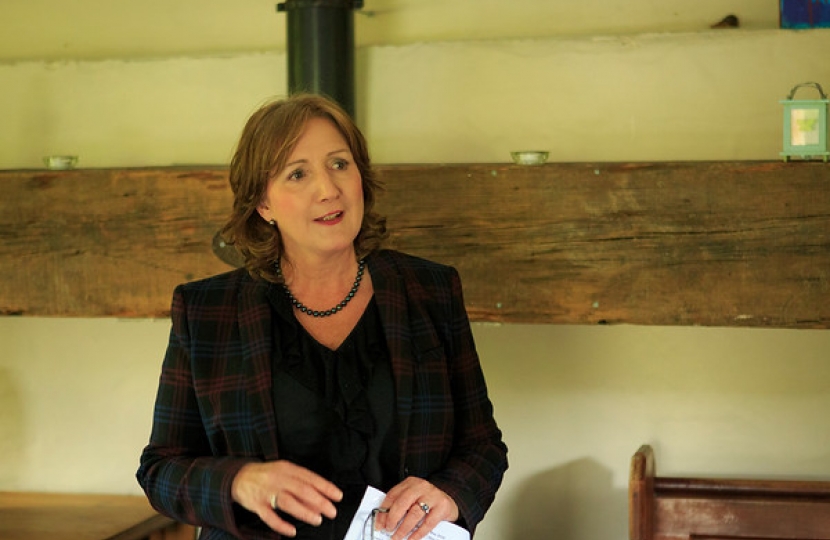 The Welsh Conservatives’ Shadow Minister for Climate Change, Energy and Rural Affairs – Janet Finch-Saunders MS – has today (29 September) praised a campaign from Dŵr Cymru which urges the Welsh Government to add wipes containing plastics to their list of proposed items to be banned in Wales.

Approximately 11 billion wet wipes are used throughout the UK, every year. They are reportedly behind 93% of blockages in UK sewers and scientists are concerned that this litter material may even be changing the shape of our nation’s rivers. This is because they often contribute to pile up on riverbeds and banks.

In supporting the campaign by Dŵr Cymru, Janet said:

“These wipes continue to contribute to a significant number of sewer blockages, causing concerning overspills. This often results in plastic pollution blighting our beaches and waterways, which I saw firsthand during my recent beach clean with the Marine Conservation Society.

“Those wipes that are discarded properly through bin waste will often end up in landfill or get incinerated. This contributes to carbon emissions and poor air quality, both of which are particular points of concern which must be confronted during our green recovery.

“Alarmingly, Welsh Water are dealing with around 2,000 sewer blockages every month in Wales – the major causes of which are cotton buds and wipes. A single wet wipe is enough to start a blockage in a sewer pipe and risks causing catastrophic flooding in your home.

“We must all begin to treat these wipes like we would any other single-use plastic. That is why I am supporting this Welsh Water campaign which calls on the Welsh Government to include wipes which contain plastic to their proposed ban.

“A ban on single-use plastics has been a long-held proposal from the Welsh Conservatives. We recognise that bold steps are required to encourage a system-wide change to how we all handle waste, which is why a future Welsh Conservative Government would also work to introduce a drink containers deposit return scheme.”

Today we have published our Covid-19 UK Vaccines Delivery Plan, setting out how we plan to deliver the biggest vaccination programme in British history, to protect all those who need it most as quickly as possible.