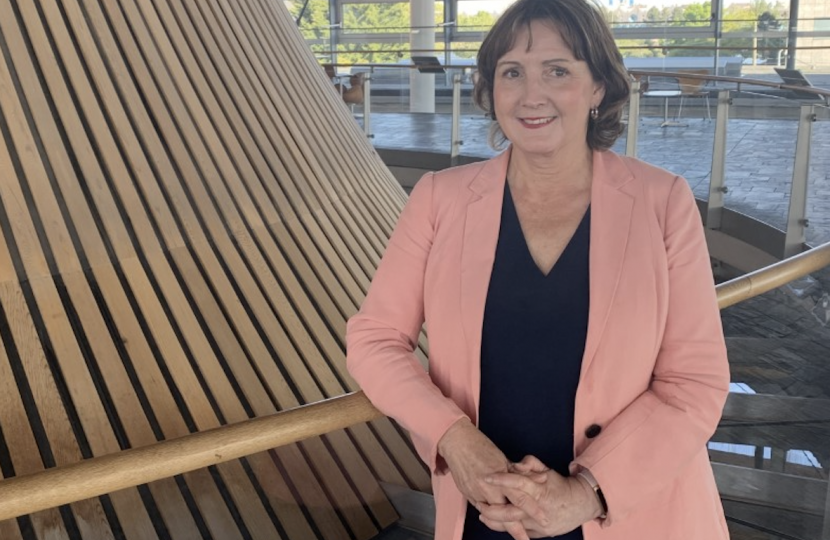 In questioning the First Minister on the issue of cancer treatment waiting times in North Wales, the Member of the Welsh Parliament for Aberconwy – Janet Finch-Saunders MS/AS – has called on the Welsh Government to compile a forward action plan to “close the gap between being diagnosed and finding appropriate treatment.”

NHS diagnostic and therapy service waiting times for July 2021 show an 11 fold increase in the number of people waiting over 8 weeks for one of 7 key tests used to diagnose cancer.

Commenting after her question in the Siambr, Janet said:

“According to recent statistics, approximately one third of patients in the Betsi Cadwaladr University Health Board region do not start their first definitive treatment in the month within sixty-two days of first being suspected of cancer.

"What is more, alongside delayed diagnosis, there is a concerning gap between being diagnosed and finding appropriate treatment. For example, I know of at least one constituent who, following a life changing stage-4 diagnosis, was not advised of the treatment options available, instead informed that a referral would be made to Wrexham or Liverpool in due course.

“This situation is leading to unacceptable waits for patients and intolerable burnout for hard-working, frontline staff. This is why I have urged the First Minister ensure that his Cabinet collaborates to close the gap between being diagnosed and finding appropriate treatment.”