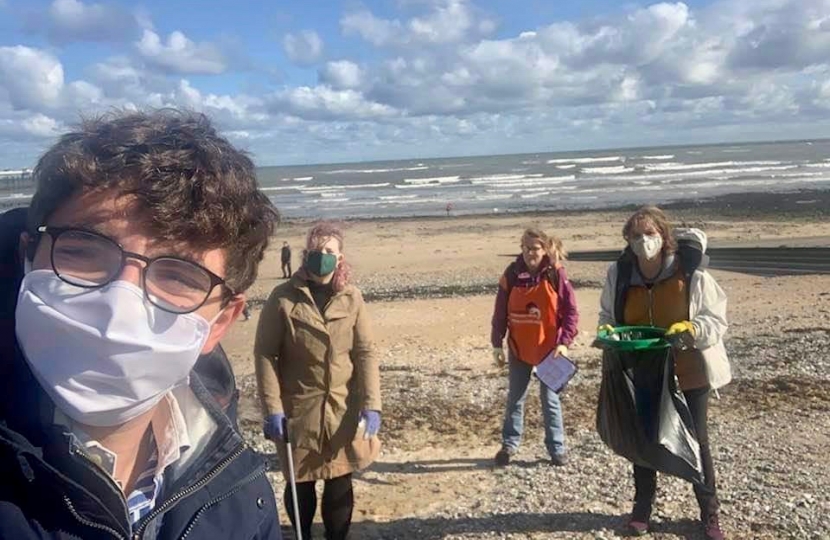 The Welsh Conservative Shadow Minister for Climate Change – Janet Finch-Saunders MS – has today marked World Ocean Day 2021 by underlining the need for the Welsh Government to act on plastic pollution to restore the health of our coastline. The Member for Aberconwy, who was the Wales Environment Link Harbour Porpoise champion in the Fifth Senedd, has made clear that the change is necessary to protect marine habitats and the species that live here.

Life and Livelihoods is 2021's World Ocean Day theme. The initiative is an opportunity to raise global awareness of the benefits humans get from the ocean, as well as our individual and collective duty to use its resources sustainably. It is also a chance to celebrate and appreciate what the ocean provides, from oxygen to food.

“It remains an alarming and disappointing face that, every year, between 8 and 13 million tonnes of plastic enters our ocean. In fact, according to the Marine Conservation Society, plastic pollution continues to be one of the five main drivers of the current biodiversity crisis, threatening 40% of marine mammals with extinction.

“In the Fifth Senedd, I was most pleased to lay proposals for a Wales-wide Drinks Deposit Scheme which achieved cross-party support. I also used my position to propose a ban on most single use plastics, including plastic-based wet wipes which are too often mistakenly flushed down the toilet.

“As this new session of the Welsh Parliament grinds into action, I am using World Ocean Day 2021 to once again urge the Welsh Government to stick to its commitment and bring forward lasting change. These proposals are widely supported by the public, who now wish Cardiff Bay to take a leadership role.

“The Welsh Government must overcome its mistakes in only repeating the same old consultations, which only serve as a means to mask their continued inaction on this issue of concern. I look forward to their tabling of proposals for scrutiny, so that the health of our coastal habitats can be restored.”