Sam is originally from Llandudno and attended Loreto School and then Ysgol John Bright.  After leaving Ysgol John Bright, she joined the Civil Service and worked for 20 years within the Criminal Justice System.  In October 2010, Sam left that position to work for Guto Bebb MP in his constituency office in Conwy.  Following the 2019 General Election she was employed by Robin Millar MP and is also based in his constituency office in Conwy.  Sam moved to Deganwy in 2004 and quickly became involved in the community becoming Chairman of the Deganwy Residents Association; a position that she held until 2012.  Sam has served on the Prom Day Committee since 2010 and enjoys being part of this community led event.

In 2008 Sam was elected as a Conwy Town Councillor and as a Conwy County Borough Councillor in 2012.  Sam was honoured to serve as Mayor of Conwy in 2013/14 and 2018/19.  She found this role a privilege and was delighted to be able to serve the community in this way.

In 2018 county councillor Sam Cotton introduced a Notice of Motion asking for Conwy County Borough Council to back the Lucy's Law campaign.  Sam's Notice of Motion was supported by the council and UK Government have listened, implementing new legislation which aims to tackle the low-welfare, high volume supply of puppies and kittens, by banning their commercial third-party sale in England.  The legislation only applies to England, so we hope that the Welsh Government will follow suit soon! 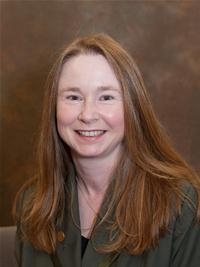