Mark is one of the four regional Members of Welsh Parliament (MS) who represents North Wales.

He lives in Flintshire with his wife, Hilary. They have six children and one grandchild.

He is a Politics Graduate (Newcastle University) and qualified as an Associate of the Chartered Institute of Bankers.

Mark was previously employed as a Building Society Area Manager in North Wales.

Mark has also been a Community Councillor, a School Governor (and Chair) and a voluntary Housing Association Board Member.

Mark is an Assembly Member for North Wales. He was first elected to the National Assembly for Wales in 2003, before being re-elected in 2007, 2011 and 2016. Mark is the Welsh Conservative Shadow Minister for Communities, Local Government and North Wales.

Mark Isherwood AM – the Shadow Welsh Minister for Communities, who Co-Chairs the Cross Party Group on Violence against Women and Children – has added his voice to calls for the Welsh Government to provide urgent emergency funding for services providing violence against women, domestic abuse and sexual violence (VAWDASV)  to respond to COVID-19 (Coronavirus).

Covid-19: Dossier on the 84 unreported deaths at Betsi Cadwaldr Health Board must be made public.

Shadow Welsh Minister for Local Government, Mark Isherwood AM, urged the First Minister, Mark Drakeford, during today’s virtual Plenary of the Welsh Assembly to address the serious concerns of Local Authorities with low levels of reserves that they are under threat of ‘going under’.

Mark Isherwood AM calls for “immediate action” to help families with learning disabilities or Autism.

Welsh Conservative Shadow Minister for Communities and Local Government, Mark Isherwood AM, who also Chairs the Welsh Assembly Cross Party Groups on Autism and on Disability, has cautiously welcomed the news that the review of the Health Protection Regulations (Wales) will be good news for people with learning disabilities or Autism.

Covid-19: ‘Welsh Government must allocate its funding for the voluntary sector’.

Mark Isherwood AM – the Welsh Conservative Assembly spokesperson on the voluntary sector – has reacted to the Deputy Minister’s call to the UK Government for further financial support for Welsh organisations.

Thanks to the UK Government pledging an extra £1.6 billion for local councils in England to fight Covid19, the Welsh Government will receive an additional £95 million to spend on public services in Wales.

“Distinctive approach” to Covid19 in Wales impacting on families with learning disabilities or Autism.

Shadow Welsh Conservative Minister for Communities and Local Government, Mark Isherwood AM, who also Chairs the Assembly Cross Groups on Autism and on Disability, is calling on the Welsh Government to review the Health Protection Regulations (Wales) 2020 which have imposed the restrictions on our lives due to Covid19.

The Welsh Government has been forced to see sense and will not be pushing through votes for prisoners – for now.

Mark Isherwood AM reacted to the announcement that the controversial “votes for prisoners” amendment to the Local Government and Elections Bill being heard today.

Welsh Conservatives have welcomed the news today (April 9) from the Rail Delivery Group (RDG) that free rail travel will be offered to people fleeing domestic abuse during the Covid-19 (Coronavirus) pandemic.

The offer – called “Rail to Refuge” – has been made by rail companies working in partnership with Women’s Aid, and comes as campaigners report a rise in requests for help from victims of domestic abuse since Coronavirus lockdown measures came into force.

‘It’s a smokescreen’: Welsh Government trying to push through votes for prisoners during Coronavirus pandemic.

Welsh Conservatives have reacted with shock at the announcement made today (April 1) by the First Minister that the Labour administration will push through legislation to change the local government election system, despite the continuing Covid-19 (Coronavirus) pandemic.

In the statement, only enfranchisement of 16 and 17 year olds to vote is referred to, and any reference to votes for convicted prisoners has been omitted. 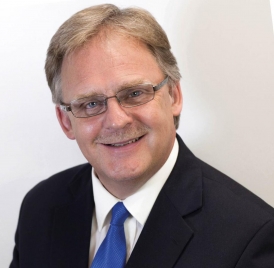