Sam was born in Bangor and grew up in Penygroes, near Caernarfon, before moving to Abergele when he was nine; he attended Ysgol Eirias in Colwyn Bay. Sam worked for HSBC between 2009 and 2019 as a credit risk manager which provided him with international experience and also the attainment of a degree in business management. He married Natasha in 2008 and together they have three daughters.

Sam was first elected to Conwy County Borough and Abergele Town Councils in 2008. He was the youngest Mayor of Abergele from 2015 – 2016 and was appointed Conwy County Borough Council’s Cabinet Member for Finance and Resources in 2017 before being elected Leader of the Council in 2019. Sam contested the Vale of Clwyd constituency in the 2016 Senedd elections, before being elected to represent the North Wales region in 2021. After his election Sam was appointed as the Conservative Party’s spokesman for local government in Wales.

In June 2021, Sam was appointed as the Shadow Minister for Local Government.

Outside of politics and prior to becoming council leader, he was a credit risk manager working for an international bank. He is married to Natasha and has three children. 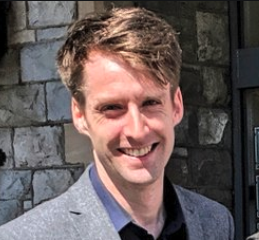