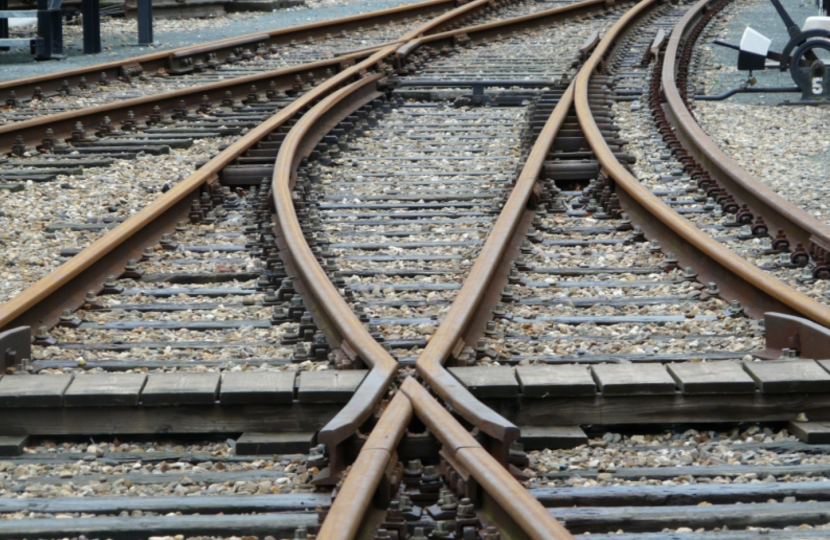 North Wales MS Mark Isherwood has called on the Welsh Government to ensure improved passenger care and information for rail users in Wales following recent cases of poor service and lack of communication from Transport for Wales.

In Wednesday’s meeting of the Welsh Parliament, during a question on rail services, Mr Isherwood provided examples of passengers, including himself, who have been hugely inconvenienced and left stranded at Wrexham station in the freezing cold in recent weeks because of a lack of information from Transport for Wales (TFW).

Questioning the Deputy Minister for Climate Change over what action is being taken to improve communication with passengers, he said:

“At the weekend, I was contacted by a constituent who said, 'I took the train from Cardiff about 3.23 and arrived in Chester after midnight on a train that should have arrived at 6.23 p.m. approx.. Passengers and I think Transport for Wales were aware of the problem before we left Cardiff Central. This was 17th November'.

“Last Monday on the 29th, I pre-booked my ticket from Wrexham General down here, but I knew there were problems. I rang Transport for Wales, they confirmed my train had been cancelled but the next one was running as scheduled. When I arrived, myself and other passengers saw, on the overhead signage, right up until the time of arrival, that the train was on time. But, bang on the minute when the train was due, the tannoy said, 'train cancelled'. We had to wait another hour and a half for the next train in freezing cold weather, with the Waiting Room locked, because now Transport for Wales locks Wrexham Waiting Room from 6 pm.

“I clearly understand that problems occur with track, and that has to be dealt with, but there was a failure of passenger care, a failure of passenger information, which could have prevented people having to stay on the platform for so long in such inclement circumstances. So, how can you propose to address that information issue, so that passengers are protected from similar situations occurring?”

The Deputy Minister Lee Waters MS agreed that the experience that Mr Isherwood and his fellow passengers had “clearly isn’t good enough”.

“There are acute operational challenges being faced by Transport for Wales at the moment, and I think they need to reflect on his experience, and I will ask them to look into the circumstances in particular and take the point on board that he made, and the understanding he showed that when difficulties do occur, the communication is more important than at any other time. So, I think there are lessons to be learned from that, and I will speak to them and write to him about it.”