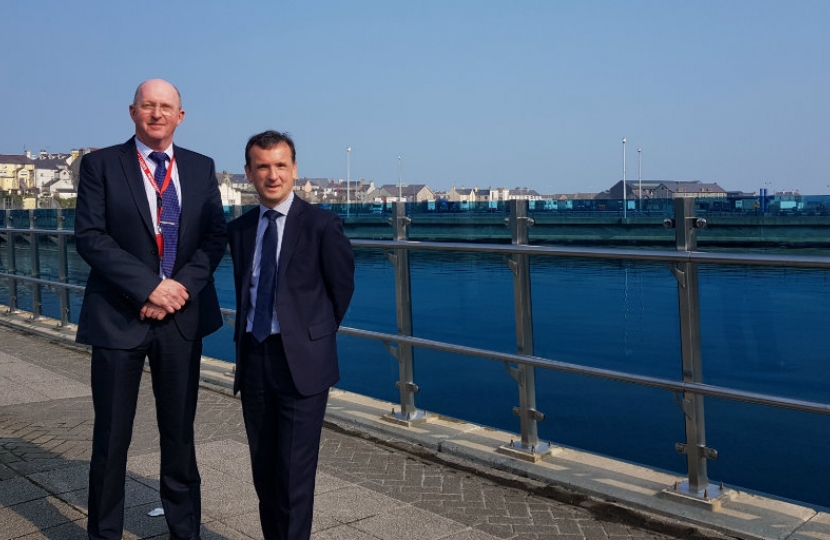 On a visit to Holyhead Port, Welsh Secretary Alun Cairns reiterated the UK Government’s commitment to honouring the result of the referendum and delivering a smooth and orderly Brexit following the extension of Article 50, granted by the European Union last week.

Holyhead Port is the second busiest roll-on-roll-off ferry port in the UK, providing a key link in the supply chain for businesses across Wales, the UK and Ireland. Recognising the Welsh ports’ importance to the economy of Wales and the UK, during his visit Alun Cairns reassured Port Manager, Captain Wyn Parry that the UK Government remains committed to working with the Welsh Government and port operators to ensure a smooth exit from the European Union.

The ports in Wales make a vital contribution to the Welsh economy and therefore remain a key consideration in the UK Government’s Brexit planning.

Leaving the European Union with a deal will ensure that the Welsh Ports can continue to operate seamlessly which is why we are more determined than ever to reach a deal that commands the support of Parliament so that the UK can leave the EU in an orderly, timely manner.

The Prime Minister today urged MPs in the House of Commons to pass new COVID regulations, to keep transmission down and beat the virus